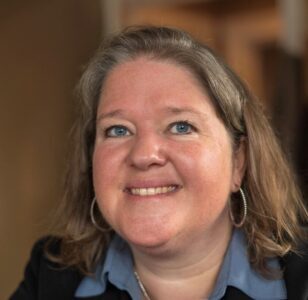 Amanda Wilson has practiced law in Estate Planning, Elder Law, Medicaid Planning, and Guardianships since 2010. Ms. Wilson opened her firm in Jefferson County, Washington upon returning from Lesotho, Africa where she had been a Peace Corps Volunteer in 2010 (at that time her firm was called Olympic Peninsula Law Offices, LLC). She ran a thriving practice for six (6) years. During that time, she worked as a Title 11 Guardian ad Litem for guardianship cases in Jefferson, Kitsap, Clallam, and Island counties. Ms. Wilson has received over 120 hours in continuing legal education training in tax considerations for Estate Planning, Medicaid Planning, and Guardianships.

Amanda Wilson practiced as Public Defender in Anchorage, Alaska upon graduating from law school from 2002-2003, prior to working for the Alaska State Legislature in Juneau, AK. Ms. Wilson’s duties at that time were bail hearings, parole hearings, as well as an established misdemeanor case load and trial practice. Ms. Wilson moved to Seattle, Washington in 2006 and began working with the Associated Counsel for the Accused as a Public Defender after obtaining her Washington State Bar License (2007-2008). With ACA, Ms. Wilson handled bail hearings, domestic violence defense cases, Community Court, District and Superior Mental Health Courts, the DWLS 3 Relicensing Program, and RALJ appeals.

Since going into private practice in 2017, Ms. Wilson has continued to practice Criminal Law from the defense side. Ms. Wilson gives zealous advocacy to her defense clients, while working with prosecutor’s to obtain the best possible plea agreements. Ms. Wilson does not shy away from taking a case to trial if her client wishes to do so and will appeal issues when appropriate.

Amanda Wilson has always been a staunch advocate for people’s civil and human rights. In 2004-2006, Ms. Wilson went to work as a legislative aide for the Alaska State Legislature. She served one session with a Republic House Representative in Leadership and then served a second session with a Democratic Senator. This was the best possible education a person could have for how government works and how laws are made that govern people in our society.

Ms. Wilson moved to Seattle, Washington in 2006. She obtained her Washington State Bar License and has continued to be active in political and civil rights movements. Ms. Wilson joined Peace Corps in 2008, and served in Lesotho, Africa where she taught math & science to high school students, helped administer HIV drugs and provided education at walk-in clinics, and acted as a liaison for women trying to start small businesses.